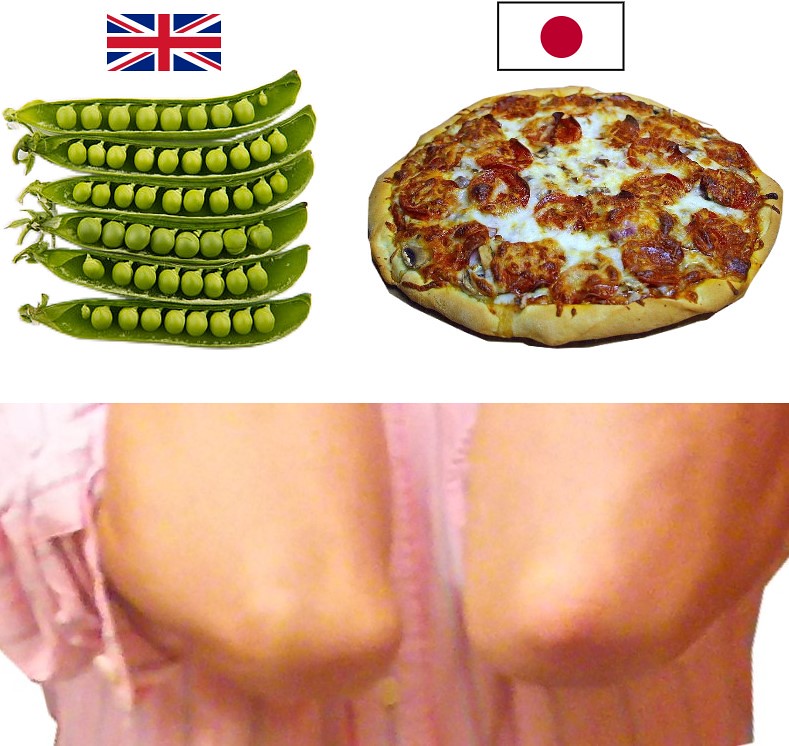 Japanese Trick
Name the food item below your flag, saying it aloud, ten times and then name the body part in the lower part of the picture. The Japanese for pizza (piza) rhymes with the Japanese for knees, and since elbows somewhat resemble knees in appearance and the word for knees and elbows is simiilar (hiza and hiji respectively), Japanese who have been made to say piza ten times are inclined to call their elbows knees. I don't think that even if a Briton were asked for say peas one hundred times before naming the body part they would ever call their elbows knees and not only because the two words are less similar but also because their is a greater phoneme to meaning connection felt by anglophones, compared to Japanese who feel meaning to be conveyed more strongly by images.