Book Personification in Japan and America 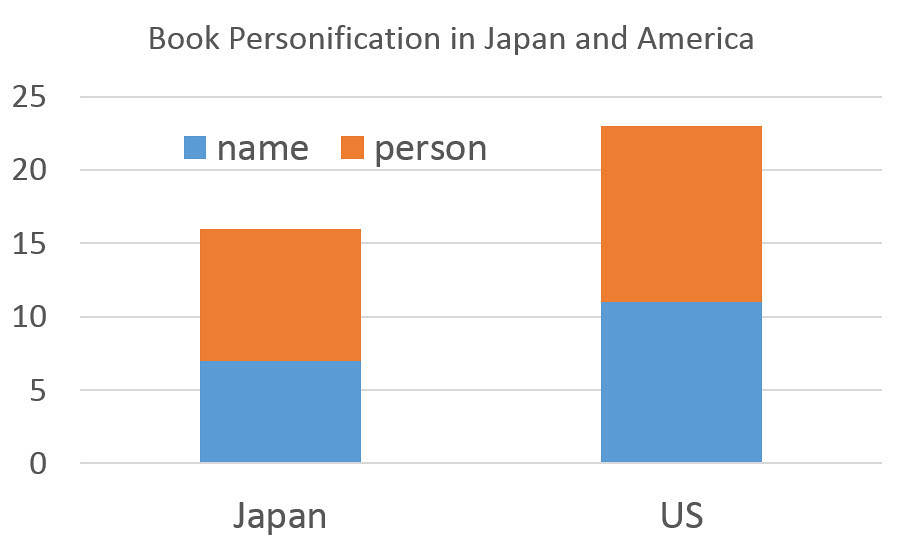 Book Personification in Japan and America
Marius Brill, an author who was in my class at primary school wrote "Making Love: A Conspiracy Of The Heart" about a book that is alive and speaks. I read it and thought that, at the very least, the idea of a living book about love was excellent. Bearing in mind that Westerners tend to have a "narrative self" (Bruner, Hermans and Kempen, Gottshcall, Denett and many others) believe themselves to be "the hero of their own self narrative" (Nisbett, in conversation) and come from a religious tradition in which "the Word was made flesh and dwelt amongst us", and that our lives are recorded in the book of Saint Peter, the personification of books is not without precedent. In Japan however, I argue the self is that which is portrayed by a mental manga, movie, or animation, centring upon the face or mask (Watsuji), the main God is a mirror made heart, and the Japanese version of St. Peter (Lord Enma) keeps only the names of the dead in his book; their lives recorded on a DVD-like mirror, and masks and statues are more often personified or animated. To test the hypothesis that Westerners would be more likely likely to personify books than Japanese I googled "top 100 English novels" choosing the top of the list and counted the number of books with then name of an individual (such as the first two on the list Ulysses and "The Great Gatsby) and people (such as "Sons and Lovers") and similar such titles in a list of 100 Japanese novels to find that yes, there are more personified Books in the Western tradition. There are quite a lot of personified novels in Japan too such as Bocchan, and the Dancer from Izu resulting in a non significant trend (Chi Squared p <.1).