The Heart of Yamato

A Japanese comment on this "Group Behaviour" video claims that it is the sort of video to show people if you want them to understand the central characteristics of the Japanese in a short space of time.

Beneath the comment there are a few dissenters, and I am one of them since I think that there are also a lot of very individual Japanese such as the famed YouTube and international relations phenomenon, Pico Taro

For my money, as I have claimed many times before, the third video hits the nail of the Japanese mind on the head, more than the group behaviour video above, or the proverb about "the nail that stands out," since the Japanese like both groups and individuals. Kyari, however, gives the game away half-way through the video when she bokes up eyeballs. Yes, the Japanese have internalised eyeballs (or a mirror) into (or as) their heart, that encourages them to above all, look really cool, or try to. Thus also, in the words of the Edo period philosopher, Norinaga Motoori, "If asked about the heart of the Yamato (Japanese), tell them to look at mountain cherry blossom tree(s)" (the original specifies neither singular nor plural), since the Japanese in all three videos, and mountain cherry blossom trees, en masse, or just one, look really cool. 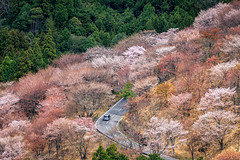 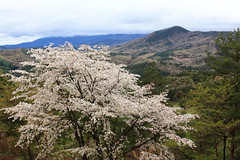 Takemoto, T. R., & Brinthaupt, T. M. (2017). We Imagine Therefore We Think: The Modality of Self and Thought in Japan and America. 山口経済学雑誌 (Yamaguchi Journal of Economics, Business Administrations & Laws), 65(7・8), 1–29. Retrieved from nihonbunka.com/docs/Takemoto_Brinthaupt.pdf