As previously noted (1, 2)Japan is human waste friendly. This children's picture book is not so much about potty training, as a book that takes the tittering out of tinkling.

It simply shows that Nontan, the cat pictured and all his friends, urinate, and that sometimes (as in this case) this may happen accidentally. On each of the pagers there is either a picture of one ore more characters saying "what is that tinkling sound?" or a picture of one or more characters urinating. On the final page of the book (above) the titular character is shown wetting himself. The book indulges the readers taste for toilet humour, and disippates it by being matter of fact.

In a survey of issues that were taboo between partents and children in the UK and Japan it was found that while sex and menstruation were equally taboo in both nations (contra my hypotheses), human waste was a topic of breakfast time conversation in Japan, but in the UK, "you have got to be kidding." (Peter E. Bull, and Timothy Takemoto, c2000)

Image and words copyright the author and publisher. The book may be purchased from amazon.

This game is played a sports days at primary schools all over Japan. Note that there are many balls in the lower of the two baskets on the pole, but none in the basket further up the pole.

The object of the competion is to get as manny balls into the two basskets as possible. At the end of the alloted time the balls are counted and the team (pictured here is one team, there was another team to the left) with the most balls in the baskets wins.

At the end of the game, the balls are counted out one by one as a representative from each team removes one ball at a time from each team's baskets. This is not the first time I have seen a competition of this type. I noticed today that the number of balls basketed by both team is always almost neck and neck. There was only a single digit difference, despite the large number of players and balls.

I think that perhaps this is the reason for playing this game: to show children that no matter how hard they try, they will only ever achieve a score almost identical to another group of children who are also trying, because people are all pretty much the same .

If that is the case then perhaps I should not make public the following strategy.

The reason why he number of balls is always neck and neck is because the balls are light, there are many people throwing at once, so it is very difficult to aim. As a result, the players -- the children especially-- only attempt to get the balls into the bottom basket. Or rather, there is just a freenzied upward shower of balls.

The allotted time is such that both teams are able to fill the bottom basket to overflowing. Since each team has baskets of the same size (in this case containing approximately 100 balls), each team achieves a score of 100 plus alpha where alpha is the very small number of balls in the top, hard to reach basket.

Hence, if a few of the adults playing for one or other team attempted to put their balls into the top basket alone, then they might win, since the bottom basket will get filled by the random shower of balls anyway. Or at least, this strategy would turn the game into one of skill, and increase the variance in the result, because people are, in their ability to aim, not all pretty much the same.

It is probably a lot more fun to just shower balls into the baskets as usual, and enjoy the close finish. 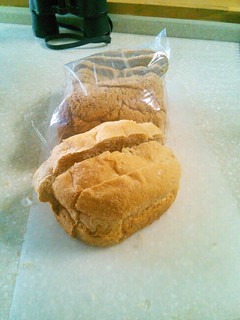