Said: Orientalist out of the Orient 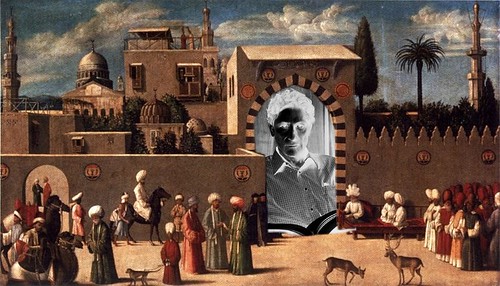 The late great scholar Edward Said, in his monementally influential work "Orientalism" (1978) argued that Westerners were always writing about the nature Orientals in order to stress Western superiority.
"the essence of Orientalism is the ineradicable distinction between Western superiority and Oriental inferiority" p 42.

He traces the myth of the Orient in Orientalism, to a male dominated sexual fecundity, but at least in a negative sense he also provides his own theory of the orient. In other words this Palestian born Scholar who worked at Cornell, was an Orientalist out of the Orient.

And like other Oriental orientalists Edward Said argued for a fundamental inexplicability, what Kawai had called the "empty centre" or Doi had described as a lack of independence, or Yamagishi theorises as a radical contextualism so radical that it becomes non-contextual in some contexts. Edward Said writes "not that it [orientalism] is a misrepresentation of some Oriental essence—in which I do not for a moment believe."

The act of Orientalism, and by implication Westerners, have an essence: continuously narrating, and negatively judging and evaluating their outgroups in Asia, but the Orient has no such essence or essences. In the end Edward Said seems even to espouse the myth that he rejects: orientals are simply plural and corporeal, but they lack any essence, proclivities, tendencies. Asians lack self.

I am an orientalist too. I argue that the Japanese at least, and probably other East Asians, have an essence remarkably similar to Westerners. They do the same sort of evaluation, but rather than narrate, they take photos, they judge evaluate by means of, and identify with, the visual, and take and imagine pictures also of themselves. It is my belief that visual self evaluation is preferable in that it is harder overly believe positive self evaluation and harder to keep it a secrete.

The above imagine is an amalgamation of a negative version of a portrait of Edward Said by Antoun Albert and an anonymous Venetian orientalist painting, The Reception of the Ambassadors in Damascus', 1511, the Louvre both on the Wikipedia page on Edward Said's famed monograph. 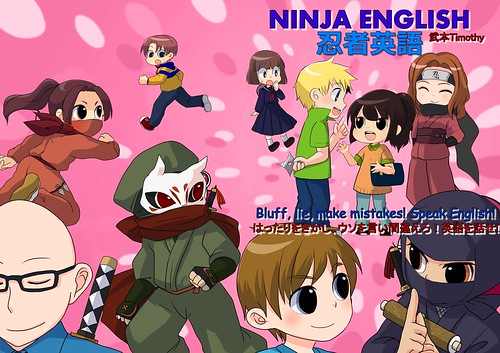 My style of English teaching has been influenced a lot by taking up karate practice (just the stretching and forms) at the Arinaga Dojo in Yamaguchi. The effectiveness of Arinaga Sensei's teaching is a marvel to behold. He has five-year-olds performing high rotating kicks that would knock my head off. I do not take part in the sparring.

In line with Arinaga Sensei's teaching, my students need a lot more practice in forms (kata) and they need to stretch there minds (rather than their legs) at the very start of every the lessons. "Stretching the mind" means in this case, experiencing meaninglessness since that appears to be the biggest block to speaking. Recent psychological research has shown that experiencing meaningless is as scary as thinking about ones death (Heine, Proulx, Vohs, 2006).

My students also need to think of English as a martial art, and conversation as sparring, because politeness is almost as much a barrier to effective communication. I tell them to hit their partners with a barrage of questions, like a hail of ninja throwing stars.

Artwork of ninja and other figures provided by Miho Fujimura. Thank you very much.


This excellent video, not taken by me, shows the Japanese tradition of having school students serve food to each other in classrooms. This encourages them to be cooperate and grateful for the efforts of others that which might otherwise (in school canteens for example) go largely unnoticed. It is a tradition that is carried out in pretty much every school in Japan, and a wide variety of festivals (Uni campus festivals are essentially cooking and providing food) television shows (such as Smap x Smap and many others), and Japanese shabu shabu, monja yaki, okonomi yaki, yakiniku, and other restaurants where the customers are given the "opportunity" to cook for themselves and sometimes the people they are with. The origin of this tendency lies at least partly in the fact that Japan is a matriarchy where people are much more likely to want to behave like mummy, the most powerful parent within the home, who makes everyone food. In the UK, which is far more patriarchal, food preparation is more often considered something rather naff that we often leave to immigrants, to the point where we find it difficult to say what British cuisine is.