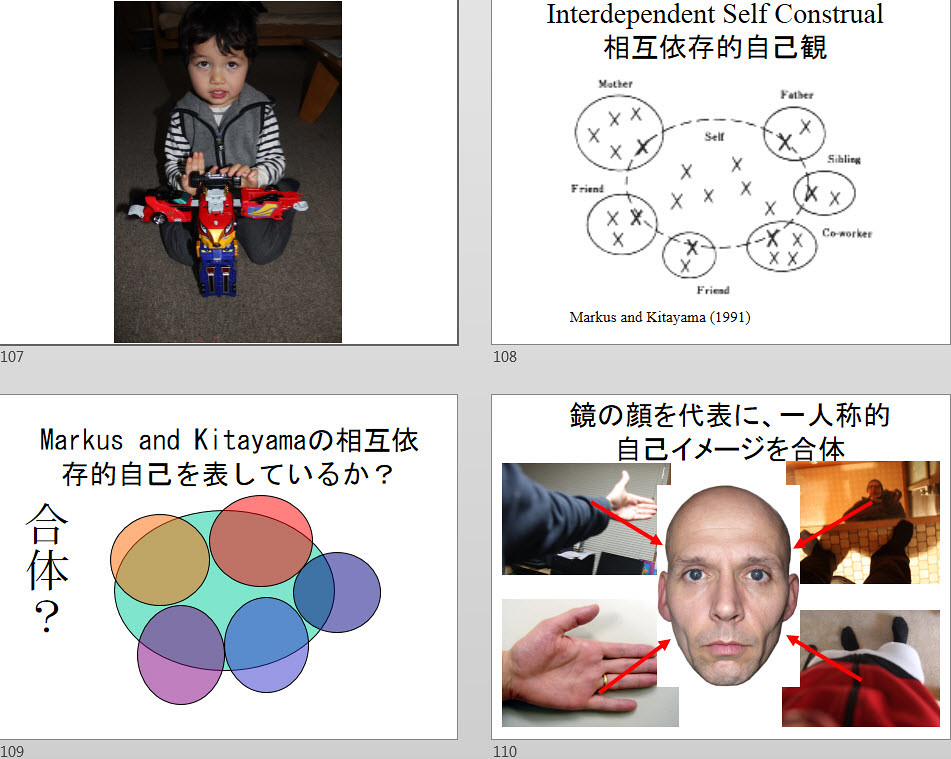 Japanese superheroes are always merging, with an ecstactic cry of "gattai!" This merging scene mesmerized Japanese children who rehearse similar using merging superhero toys. The merged superheroes are often much larger in size. Often its is the familiars of the super-heroes (as my son is holding top left) rather than the heroes themselves that merge. The superheroes themselves will then sometimes fly up inside the merged giant to control it. Since the superheroes are possesed by the familiars, receiving their super power from them, this tinal structure has the topography of a Klien bottle. In the past I had thought that perhaps the merging represented the way in which Japanese must merge multiple interdependent (Marks & Kitayama, 1991) or "dialogic" (Hermans and Kempen, Bakhtin, but in fact in the visual domain) self views from the view points of others, and, relatedly whether Japanese children are merging various self body views, perhaps also with that of their face as viewed in a mirror. I have more recently realised the enormous size of my first person body views and presume that this difference in scale explains the size differences between the superheroes before and after they merge. http://flic.kr/p/FFH3xk