I am Charlie: Not a mere image 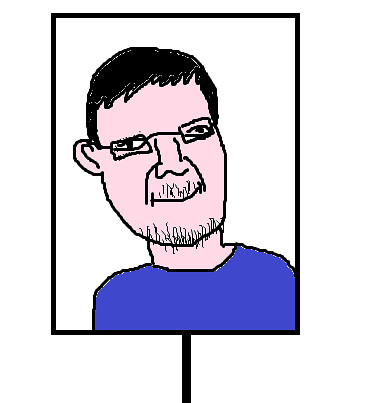 With the tragic slaying of French journalists, and caricature artists, most of the world mourns, myself included.

In Japan however, the reaction was tempered. The Asahi Newspaper, normally quite vociferous regarding the protection of freedom of expression, even featured the following satirical poem (which are, I would argue, the linguistic Japanese equivalent of "mere image" satirical cartoons) this morning

The hatred referred to in the satirical poem may refer also perhaps to the murders, but I am afraid it refers primarily to the "Freedom of expression" in which the Japanese satirical writer felt there was an admixture of hatred.

Joe Sacco, the artist of this second image implied in his cartoon "Joe Sacco: On Satire – a response to the Charlie Hebdo attacks" that as a result of the geopolitical situation in the Middle East, then even if there was no hatred in Charlie Hebo's expressions, Muslims have geopolitical reasons, and suffering, to be especially sensitive towards being represented in a humiliating way, as blacks and Jews do, or did especially in the past.

It is my view, however, there are additionally enduring cultural reasons why Asians are more sensitive to humiliating images, because unlike Westerners, they do not see them as "mere" images but rather even representations with which they may identify. Images bear meanings, soul, love and even hate.

This difference in the cultural perception of images may be one possible factor in the tragedy. There are laws against "hate speech" in many Western countries, but when it comes to images, they are thought/seen to be "mere" images.

Since at least the time of Plato and Aristotle, Westerners have believed that they and the world are not "mere images", nor any part of this fleeting photostream of sense impressions, but that there is another world of "forms", "concepts", or more recently "physical matter", that underpins the image. In Japan, on the other hand, Tetsuro Watsuji (1937) argued that it is the face, or mask, that provides the "centre of gravity" of the Japanese self, not a concept, nor a self-narrative.

Westerners believe the self to be a product of the self-narrative, the experience of hearing themselves speak. This is related to the nature of the "generalised other" (Mead, 1967) or "superaddressee" (Bakhtin) to whom Westerners, but not Japanese, address themselves in language-as-thought (Kim, 2002).

In other places, where there are more literal "impartial spectators," -- the Japanese have a mirror, or the Sun Goddess, in their heads -- people exist as seen (see Heine, Takemoto, Moskalenko, Lasaleta, & Henrich, 2008). People, groups, and things do not centre upon shared concepts, but are a network of binary relations (Yuki, 2003; Lacan, 2007, see e.g. Pile, 2013 p. 130), usually with a representative "character" such as Kumamon, "persona" or face such as that of his Royal Highness the Emperor and symbol of Japan.

The image above top is not the man but "merely" an image in the West. Here in Japan, however, the deceased are represented as images（iei, 遺影）in which their souls are thought to an extent to inhere.
May the man, his soul, those that loved him and the world, have peace.

See Also
One Japanese article suggests that the leniency towards cartoons has something to do with the Western ego.
adishakti.org/_/goddess_remains_the_esoteric_heartbeat_of...