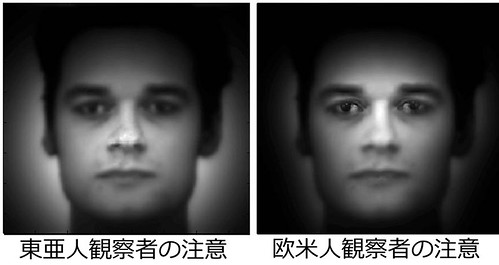 
It is also the opposite of the part of the face that East Asian and Western children use to recognise emotions. I argue that the way in which emotion and identity are perceived may be swapped East to West.