Contextualism in Time and Space 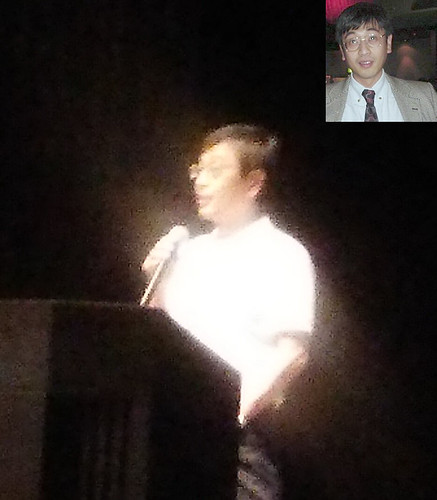 Possibly the most interesting utterance for me at the recent IACCP conference in Nagoya was that by Yoshi Kashiima in his role as discussant on the presentations by Hazel Markus and Shinobu Kitayama. Professor Kashima expressed interest in the fact that while the Japanese self is contextual (felt to change and changes according to the geo-socio context) it is also time invariant. Wow. A penny dropped.

The Japanese members of the society, or at least those that live in Japan, are incredibly time invariant. The majority of these esteemed researchers appear to be and behave as if in a 'motionless present' (Geertz, ): they have not changed a bit. Consider Professors Shinobu KItayama, Minoru Karasawa, Masaki Yuki, Susumu Yamaguchi. Their appearance especially, and to a large extent their pluck (gennkisa) and even research interest is time invariant. Most seem even to have grown younger.

Western, or Western domiciled esteemed researchers, have on the other either changed in appearance or changed their research interest considerably. Professor Steven Heine is well kept, but does not dye his distinguished hair and has moved from self-enhancement, through the essence of culture, the WEIRDness of Westerners, to sleep. Professor Hazel Markus has moved from theoretical research on the independent self (possible selves), through the famed distinction, choice and now to the application of her student's theory.

The Japanese self is "imaginary" (Naclan, Takemoto), or "lococentric"  (Lebra 2005) and as image is bound to its background (Masuda) so changes according to geo-social context. I knew this much before hearing Yoshi Kashima's comment.

But, thanks to Yoshi Kashima I now realise that, it is also true that the Western self as narrative is also contextual. It unfolds in time (Derrida, Heidegger, Bruner) and Westerners have great narratival plans for their lives (Sonoda), whereas Japanese hardly make future plans at all. Westerners are contextual in time!

These modal difference result in other qualitative differences of course. Japanese can, to a larger extent choose the context in which they exist. Westerners devise their plot-line, but march to the beat of time.