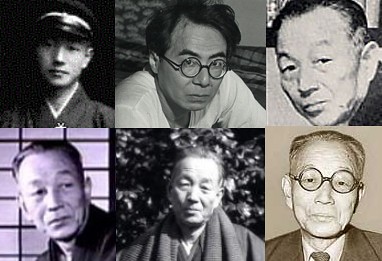 I re-read Watsuji's brief essay called "Mask and Persona" today. The essay, with its emphasis on image of self, is one of the reasons why I have a Nacalian view of the Japanese. The essay is brief, and perhaps because it is brief, rife with potential meanings. Barthes would have liked it. Or would he?

Roland Barthes, a giant among Western thinkers, is famous for many things. One of the many things that he is famous for is his appreciation of texts, stories, novels, movies, that allow a plenty of space for reader interpretation. Barthes liked 'texts' that are rife with potential meanings.

Sometimes, I watch a movie and think, "er, what was that"? What did it mean? I am not saying that Barthes liked every bad B movie, but he liked movies (etc.) that are not obvious, that do not force their meanings down the throat of the audience, that allow the reader to interpret, that allow for a variety of different readings.

Another thing that Roland Barthes is famous for, in my own mind, is his belief that only the linguistic (phonemes?) can really mean.

Is he for real? Can be really be serious? Yes... as far as I am aware, he really thought that only language (again phonemes I think) can mean, much any way.

Barthes was great at looking at things and unpacking their meaning, interpreting them, giving images words. He felt, as the great Western tradition feels, that visual signs have meaning only in so far as they translate to linguistic meanings.

I confess that I am not sure why, or how, Barthes justified his belief that only language (phoneme) can mean. Here is my take on how he could think such a thing.

Before I attempt to explain Barthes' view, I should say also that he came to Japan and wrote one of the most famous, and one of my very favorite, books about Japan, and claiming that Japan is an "empire of signs," by this he meant that he could not provide words for the {visual} signs that he found in Japan, and thus he presumed that these Japanese signs are empty centered, meaningless signs for the sake of signs.

So, how could Barthes have presumed such a thing? And what is "meaning" anyway?

Generally in my blog I just report or permute, as in reverse, or otherwise shift the thoughts of clever people (Lacan, Nishida, Bakhtin, Heine, Kim etc) to fit Japanese culture as I see it, and do not attempt to say anything new, other than my permutations. But meaning (what is meaning?) has been getting my goat, so I would like to have a try.

Watsuji's essay "Mask and Persona" exposes the importance of face, and therefore mask, as a core, nexus of our appreciation of people, personality, or persona.

This quantum break, between images of hands and of faces, is Watsuji argues, like the life or personality-imbued-ness, of masks used in Japanese drama such as Noh and Kagura. A Noh mask, like a face (unlike a fake hand or glove) can represent a personality, a person. In a way parallel to the separation of mask and actor therefore, the face like the mask has a life of its own.

Watsuji also argues that we always put a face to our perceptions of people. He uses the example of people with whom we have only had a linguistic relationship, such as by letter. He might also have used the example or reading a novel. He points out that even though we have only had linguistic commune with that person (or persona in a novel) we form a facial impression so strong such that we are surprised if the reality (or the film of the book) does not conform to our expectations.

If we read a book, and then seeing the film of the book, and we can often be surprised, jarred disappointed that the actor playing the lead character does not look how we expected them to be. Not only do we give faces to the persona in books that we read, Watsuji argues that we can't think of people that we do know and have me without calling to mind their face.

Now here is a thought exercise. If one reads a letter, email, or other linguistic missive from a friend, then does one, do you understand the linguistic meaning without recourse to any imagination, or more, do we rely on imagining the face or that person as they "say" their 'letteral'-linguistic meanings in order to give meaning to what they have said?

Both scenarios are possible, depending on many things, including the senders, with a continuum between the two. Some readers, may think only of the words expressed in the linguistic message. Some readers may read the words and then understand them by calling to mind the face of the person that said them. As argued by Watsuji since we create faces even for novel protagonists, everyone reads meaning straight from the words, and also from the images they create both, to varying degrees.

One of the conditions for meaning is the integration of that which we are trying to understand with that which we think we are. To Barthes, Japanese visual signs were empty because Barthes did not understand, conceive of himself visually. To Japanese people however, the signs that Barthes failed to interpret were as they were, as visual signs, and like faces, replete with meaning.

This has three implications.

The Japanese identifying as they may do with their faces may be especially motivated to maintain facial consistency across the life span, and or to see themselves as different people (young me, old me, ojisan me) at different stages of their lives. I think that the facial consistency can be observed in Japan, both in the flesh and in self characterisations, self-manga (jimanga is my pun) such as that of Kobayashi Yoshinori which always present the author as if he were a young man.

Japanese can and do identify with other faces, such as that of their emperor or the mascots that represent them (such as Kumano) as demonstrated in forthcoming research by Okida and Takemoto(2017).