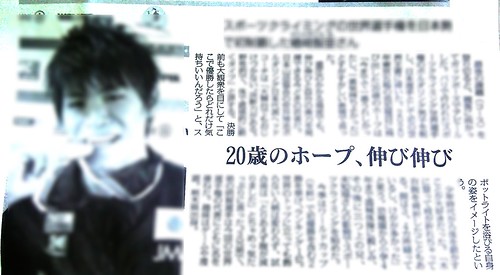 Westerners have a tendency for self praise. Indeed thought, which has been shown not to be will (Libet, 2009; Nisbett and Wilson, 1977) may be a stream of self comforting, justifications (Haidt, 2001), or even a negotiation" (Rochat, 2009) or sexual self-stimulation (Derrida, 1976) that we whisper and of which we are ashamed (Quran 50:16).

Whispering in the mind is similar to Keynesian macroeconomic stimulation of the fiscal kind. Westerners tell themselves that "I can do it," "I'll will win" and motivate themselve to do just that. They feed themselves empty simbols, that otherwise have exchange value, to get a postive feedback loop going. Central banks print money, symbols that otherwise have exchange value, to get an economic positive feedback loop going. Both work in the short term but may become an addictive maelstrom of self-stimulation in the longer term.

With regard to the mental self-stimulation it has been shown that the the Japanese probably do not do it, at least nearly so much (Kim, 2002; Heine et al., 1999). Japanese sports persons refrain from self praise even when they win. This is not to say that there is not a Japanese equivalent to self-praise. The sports person picture above in the Yamaguchi Newspaper indulged in Psychological Keynsianism Japanese style. Before the final of his rock climbing event he brought forth an imagine in his mind of himself, winning the event in the spotlight in front of the massive crowd. This image helped propell him to his win, with unconstrained enthusiam (nobi nobi 伸び伸び).

One possible advantage of the Japanese style of self-stimulation is that it may not require comparison (Yuki, 2003).

Linguistic signs always exist and have meaning in distinction to other signs (De Saussure, 2011; Maruyama et al., 1993, p19). "I will win" implies someone will loose. "I am great" implies, if "great" is to have any meaning, that someone else is not great. Unless there is to be rampant inflation some nefarious technique of maintaing the myth of 'everyone is better than average' must be brought into play. This is often achieved for instance by the negative evaluation of outgroups (Said, 1979; Tajfel and Turner, 2004). British people can be all "great", because orientals are all "savages". British people could all be rich because they took wealth from the rest of the world.

The Japanese are even better than Americans at maintaining a myth that everyone is better than average (Hamamura, Heine, & Takemoto, 2007). Their technique of just imagining the beauty, however, does not necessarily require downward comparison. In the case of the sportsperson above it is true he imagined himself winning but the important thing was that he was in the spotlight. Downwards comparison was not present nor necessary. Indeed conversely it may be the case that Japanese psychological Keynsianism can feed off positivity, such that Japanese like to imagine, and photograph, themselves alongside the triumph and beauty of others. Japanese tourists, armed with selfie-sticks are masters at 'basking in reflected glory' (Cialdini et al., 1976).

Japanese economic self-stimulation has generally taken the form of public works projects to construct roads, and various "boxy" (hakomono) infrastructure. Such public works were generally funded by loans. Perhaps Japanese sports person can only pump themselves up with images of victory if they accept that there will be a payback time (perhaps at the moment of victory, when the spotlight is not all that enjoyable after all).

Recently, both on the psychological and economic front however the current prime minister of Japan is encouging the Japanese to praise themselves (Abe, 2006), and resorted to symbolic, fiscal stimulation of the Japanese economy. The Bank of Japan is printing yen and purchasing Japanese government bonds. The Prime Minister also espouses an increase in Japanese millitary strength. It seems to me that simbolic self-stimulation, without inflation, and violence go hand in hand. I think that this physical recreation of the Western mind in the global pollitical economy is the 'unveiling' that we need to avoid.

Image: Deliberately blurred photo of an article in the Yamaguchi Newspaper from October 2016.
お取り下げ希望でありましたら、下記のコメント欄かnihonbunka.comのメールリンクからご連絡ください。

Addendum
(The Rocking Horse Winner is a masterpiece with whispering, money and even a Buraq)