Complete Absence of Graffiti in Japan 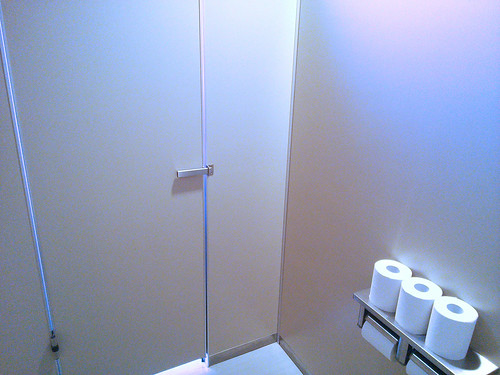 The Ruth Benedictine notion, supported by almost every other scholar of Japan culture, that Japanese moral behaviour is a form of image maintenance geared towards protecting and maintaining their good image in the eyes of others is given lie by the complete almost absence of graffiti in Japan. British and American university toilets are scattered with generally lewd and or offensive, and sometimes amusing, graffiti. But even though the Japanese are at least as good at pictorial art and as witty, and at least as begrudging of their teachers such as me, there is a complete absence of graffiti in all the cubicles in Yamaguchi University, including the one nearest my research room. If this were a British university there would be a giant bald head with a slit down the middle.