How do you express the movement of the ball in the above animation using words and a gesture? Kita(2009) a leading researcher in gesture, found that language influences the way we gesture. Japanese, lacking a verb for swing were more likely to move their fingers down to the right in a straight line (below top) whereas English speakers, who do have a verb to swing, were more likely to use an arc (below, bottom). 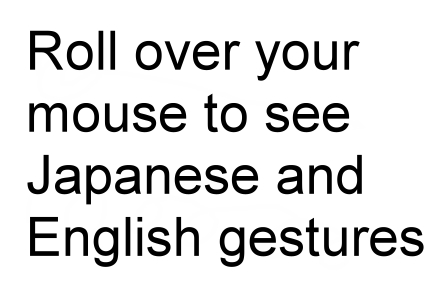 Similarly, when linguistically describing and gesturing the movement of the ball in the image below (right click for menu to rewind and then replay the animation), 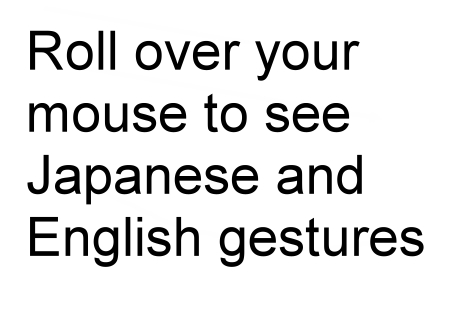 It is important that the Japanese speaker is speaking Japanese at the time of making the gesture otherwise the above effect will not be seen. Please see Professor Kita's research.
Bibliography
Kita, S. (2009). Cross-cultural variation of speech-accompanying gesture: A review. Language and Cognitive Processes, 24(2), 145–167. doi:10.1080/01690960802586188