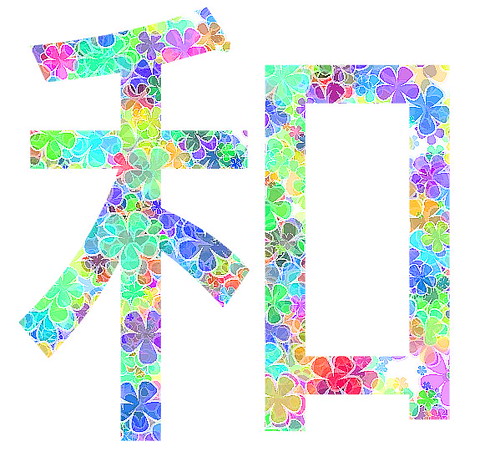 Japan is called groupist or collectivist partly because one name given to the the country is "wa," which is used in various expressions such as Wakoku (和国) meaning Japan, Wafuku (和服）Japanese clothing, Washoku (和食) Japanese food, and Wayaku (和訳）translation into Japanese. On its own however the character is generally translated as "harmony," and that is the way that I have translated, with an increasing sense of unease, until recently I found the character used in a math problem (see below) where it was used to represent the sum, or total of two numbers. This is more like it: Japan is the land of totality. Understanding "wa" as "harmony" one would be inclined to think that the Japanese were into compromise. Ha! Over their cold dead hands. The Japanese have groups which are tolerant of diversity (Yuki, 2003) which are not the harmony of their constituent parts, but the totality, given a vague, nice sounding, but generally irrelevant name.

When Akiko was born, her mother was half the age of her grandmother. Now her mother is four times her age. In two years time the wa, total (not harmony) of her mother's and grandmother's age will be eight times Akiko's age. How old is Akiko?* (Asahi Newspaper "Edu" section, 2020/7/12). Attempting to solve this problem translating "wa" as average (harmony of, compromise between) the two ages, results in Akiko having a negative age. As the true meaning of "wa" dawned on me, the moral of this mathematics problem was therefore, at least for me, if you understand Japanese "wa" as "harmony." you have not even been born.

That is not to suggest that Japan is totalitarian, quite the opposite: libertarian, anarchistic or minitarian in its tolerance of variety and summation, rather than harmonization, of its parts.